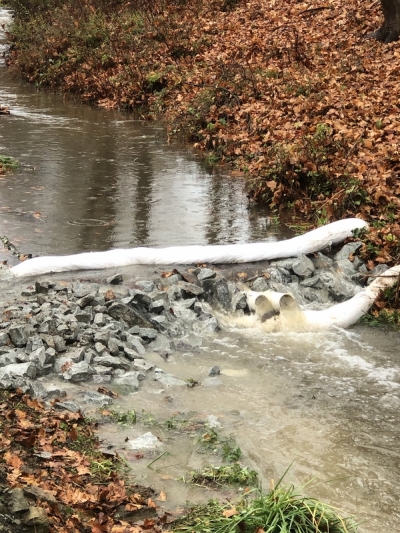 Team 800 responded at the request of Station 6, Westmoreland County, to the area off Tinker Run Park for a smell that had been reported in the area and a sheen on the stream from the day before. Multi...
➜
Lead Acid Battery Spill/Release Response 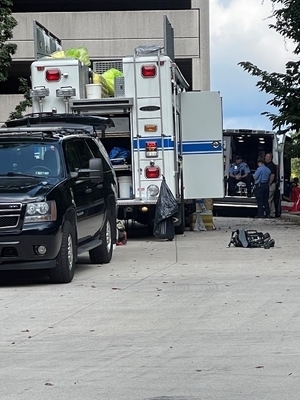 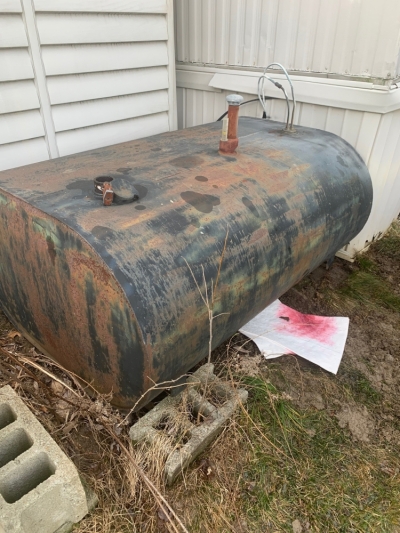 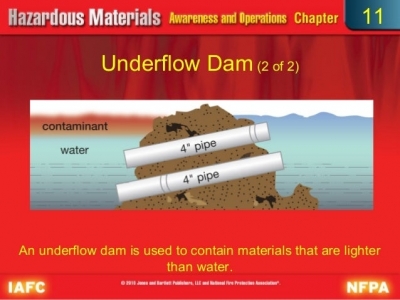 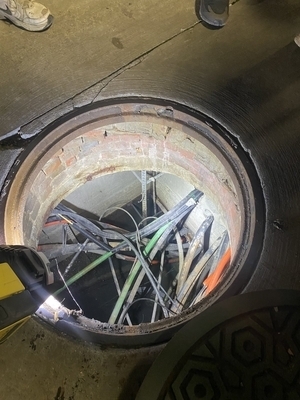 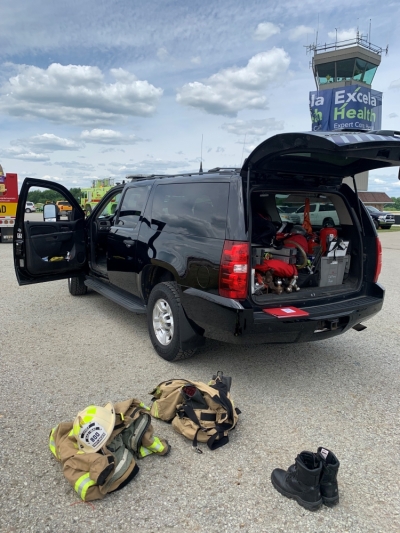 Team 800 performed standby duties for ARFF 121 for the 2022 AirShow in Westmoreland County. 7 members of the team provided response capabilities in R800, UT800, and C800 for practice on June 10, 2022
Thank you Sponsors and Friends 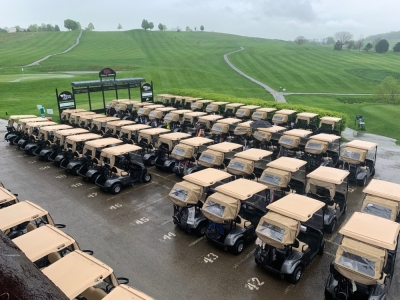 Dear Friend and Supporter:We wish to sincerely thank all the businesses and individuals who help make our 20th annual 2022 golf outing a huge success. Even though we were nearly rained out from nearly...
➜
Decontamination & Operations Review at Station 111

Station 111 hosted a decontamination review in their new station and Team 800 conducted familiarization with the H800 apparatus. Thanks for hosting this informative session.
Call history
Team 800 assists Team 900

Team 800 was dispatched to West Wheatfield Twp., in Indiana County to assist Indiana County HAZMAT Team. Units where dispatched to the railroad tracks along Climax Rd. for a train derailment with fire. Units on scene found 6 cars derailed with 1 or 2 cars containing ethanol on fire. After consulting with railroad crews, it was determined that the course of action would be to let the fire burn, and keep the other cars cool. Rescue 800 front bumper deck gun was used to cool the cars down. Team 800 had 25 members on scene and operated for 6 hours. New Florence Fire Department operated on scene until 1330 on December 29, almost 24 hours after their initial dispatch. 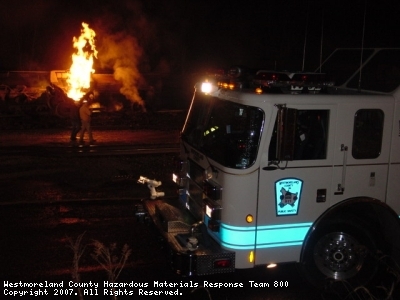 Rescue 800 in postion along side the derailment. 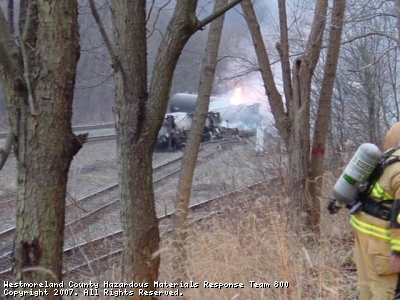 The scene while the sun was still up. 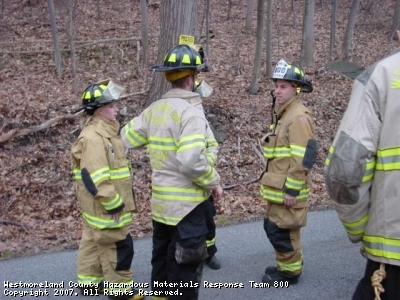 "My name is Jamie Bartley" 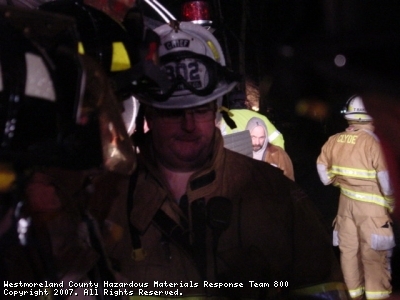 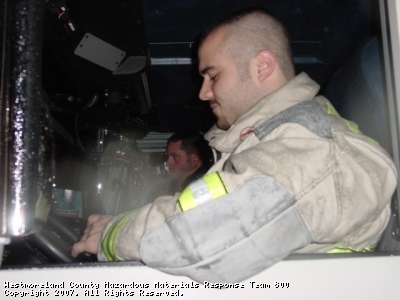 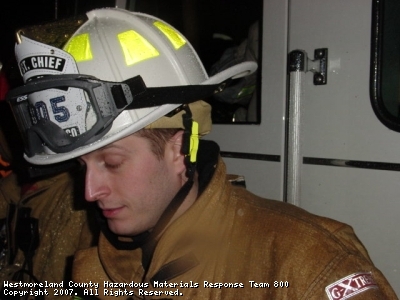 805 hiding from the camera.
×
1 of 82 of 83 of 84 of 85 of 86 of 87 of 88 of 8
146 entries in the Call history
RIT Call in Lloydsville
Team 800 was dispatched as part of the first alarm for a trailer fire in Lloydsville. First arriving units reported a camper on fire. All units were returned. Rescue 800 responded with a crew of 7.
Another Train Derailment
A train derailed in the Torrance area of Derry Township this afternoon. Team 800 was dispatched to Bolivar Fire station to standby. Units determined a car leaking paint. Norfolk Southern units on scene released all fire units, believing they could handle the incident.
➜
Tractor Trailer Crash

Team 800 was dispatched to Interstate 70 east bound near exit 54 for a tractor trailer accident, with a fuel spill. Units on scene found the trucks tractor hanging over the edge of the bridge. With approximately 100 gallons of fuel spilled into a nearby creek, and 30 still remaining in the saddle ...
➜
Back to Mountain View

Team 800 responded to the Mountain View Inn for the 2nd time in a week to assist Station 33, this time for Carbon Monoxide in the building. Initial units were dispatched for an odor of natural gas in the building.
➜
Team 800 assists Team 900

Team 800 was dispatched to West Wheatfield Twp., in Indiana County to assist Indiana County HAZMAT Team. Units where dispatched to the railroad tracks along Climax Rd. for a train derailment with fire.
➜
Airo Die Cast
Team 800 was dispatched as the Rapid Intervention Team for a Structure Fire at the Airo Die Cast plant on Industrial Blvd in Derry Twp, assisting Bradenville. Units on scene were investigating smoke in the building from an unknown source.
➜
1 of 82 of 83 of 84 of 85 of 86 of 87 of 88 of 8
146 entries in the Call history
We are on Facebook

This site has been viewed 432,438 times.
Calls
News
Events
Pictures
Apparatus
Maintained by the members and staff of Westmoreland County Hazardous Materials Response Team 800. Designated trademarks and brands are the property of their respective owners. Copyright © 2006-2022. YourFirstDue Inc. All Rights Reserved. Content on this web site is supplied by Westmoreland County Hazardous Materials Response Team 800. YourFirstDue Inc. cannot be held responsible or liable for any content, text, pictures, or any other media found on this web site.
Management login
Powered by